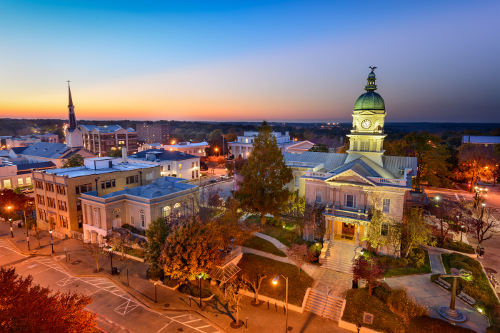 Athens, Georgia is the quintessential college town boasting several colleges and universities including the internationally esteemed University of Georgia (UGA). The city is at the center of a seven county area in Northeast Georgia and home to approximately 193,317 residents.