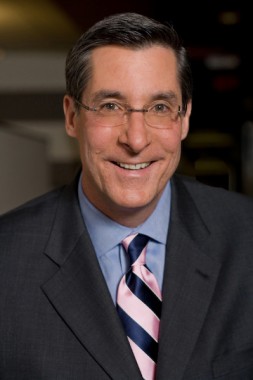 Paul R. Garcia is Chairman of the Board and CEO of Global Payments Inc. (NYSE:GPN), one of the world’s leading payment processing companies. He is a pioneer and leader in the financial and payments services industry, having served in management and executive management roles for thirty years. Garcia originally became Chief Executive Officer of NDC’s Atlanta-based eCommerce line of business in June 1999. NDC eCommerce began operating as Global Payments Inc. on December 11, 2000, and the new company spun off from National Data on February 1, 2001.

Mr. Garcia has served on a number of Boards of Directors, including the Global, U.S. and Latin American Boards of MasterCard International and the Electronic Transactions Association. Currently, Mr. Garcia is on the Boards of the Dun & Bradstreet Corporation (D&B), the Metro Atlanta Chamber of Commerce and the Atlanta Symphony Orchestra. He is a Life Trustee and former Chairman of Pace Academy in Atlanta, Georgia. Mr. Garcia was honored as 2004 Ernst & Young Entrepreneur of the Year® in Financial Services for Georgia, Alabama, and Tennessee, and named “one of the best CEOs in America” five times by Institutional Investor.

Mr. Garcia was also recognized by the Electronic Transactions Association as the recipient of the 2008-2009 Distinguished Payments Professional Award.

Mr. Garcia resides in Atlanta with his wife Carol, and they have six children.