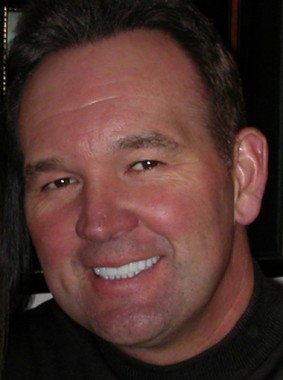 During his 24 years in the prepaid industry, InComm CEO Brooks Smith has spearheaded the development of the prepaid industry as well as innovative point-of-sale technology to help connect the industry’s leading product providers with many of the world’s largest retailers.

While working as a sales and marketing executive early on his career, Brooks developed a keen interest in technology. He played an integral role in the creation of one of the first telephone debit platforms utilizing a central database in the US. It was this project that led him to realize the potential in creating viable retail and technology solutions for prepaid products.

From that insight, he founded InComm in 1992, which in its earliest days focused on supporting the development of prepaid programs and point of sale solutions. Soon after its launch, Brooks led InComm toward the creation and perfection of Point of Sale Activation (POSA) technologies that have provided the foundation that the entire prepaid industry is built on today. That includes being the first company to launch Host to Host POSA prepaid cards in 1995 (Fastcard), and the first to launch POSA wireless top-up cards for prepaid mobile in 1999.

In addition to those amazing accomplishments, Brooks led InComm as it launched the market’s first POSA Network branded gift cards with American Express followed a year later by the first POSA Visa gift card, branded Vanilla Visa, and in 2004 the first POSA Apple iTunes cards offered to consumers . He has been awarded 210 global patents related to the prepaid industry.

Named Georgia’s Ernst and Young Entrepreneur of the Year in 2007, Brooks is a respected thought leader who has created valuable relationships with the country’s top retail giants, including Walmart, Target, CVS, Walgreens, 7-Eleven and many more, as well as numerous national leading product brands including Apple, Microsoft, American Express and Visa.

He is an industry pioneer because of his innovative work in the growth, shaping and direction of the prepaid product industry. From launching POSA prepaid and gift cards to making them available digitally online as well as advancing POS payments technology and creating InComm’s own line of prepaid branded Vanilla products, he has been the trailblazer within the industry. He is currently pioneering new uses for his technology in bill payment, health care and transportation. He has created a vast payments network specializing in complex and non traditional transactions.

InComm constantly remains at the forefront of the prepaid industry , driving growth of diverse global products from top retailers and providers in North and South America, Europe and the Asia-Pacific region.