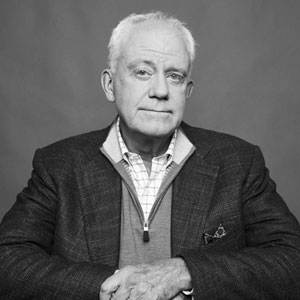 Chip Mahan is the Founder, CEO and Chairman of the board of directors of the Live Oak Banking Company. Chip is a founding member of nCino and serves on nCino’s board of directors. Prior to Live Oak Bank, he was the Chief Executive Officer and Chairman of the Board for S1 Corporation and founder of Security First Network Bank, the world’s first Internet bank. Under his leadership, S1 Corporation grew to become a $234 million software and services provider in only six years, averaging more than 200 percent growth year over year. At its peak, S1 had a market capitalization of $7.8 billion. During his term as CEO, Chip was ranked as one of the 10 Most Influential Personalities in Financial Services by FutureBanker magazine. Prior to founding Security First Network Bank and S1 Corporation, he launched Cardinal Bancshares, where he served as Chairman and Chief Executive Officer. Chip built Cardinal into an institution with $800 million in total assets and took the company public in 1992. Before launching Cardinal, Chip spent several years with Citizens Union National Bank & Trust Co., serving as President, Chief Operating Officer and Vice Chairman and becoming Chairman and Chief Executive Officer in 1984. In 1986, he formed an investment group that purchased Citizens Union and subsequently sold it to BankOne Corp. of Columbus, Ohio. Chip began his career in 1973 at Wachovia Bank & Trust Co. in Winston-Salem, NC, after graduating with a Bachelor’s degree in Economics from Washington & Lee University in Lexington, VA.