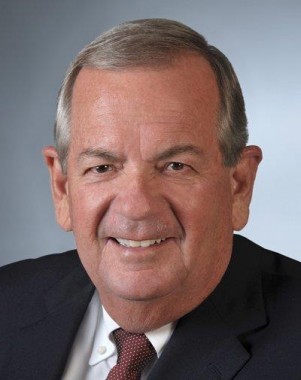 Phil Tomlinson – Chairman of the Board, TSYS

Phil Tomlinson, chairman of the board of TSYS, has been the driving champion for excellence in client service for the company’s entire history. As CEO, Tomlinson directed the company’s strategy of technological growth and advancement. But among clients, colleagues and team members, he is better known for his tireless efforts to exceed client expectations every day.

Tomlinson joined Columbus Bank and Trust (CB&T) in 1974, after a successful management career with General Electric Corporation. Since TSYS was established as a spin-off in 1983, Tomlinson has played a key role in almost every major decision and relationship that has shaped the company’s development. Tomlinson is a graduate of Louisiana State University’s School of Banking of the South, and recently was awarded an Honorary Doctorate from Columbus State University. Mr. Tomlinson was a 2008 recipient of the prestigious Turknett Leadership Character Award, presented by the Turknett Leadership Group and Kennesaw State University, and received the Ernst and Young Lifetime Achievement Award at their 25th Entrepreneur of the Year Program.

In addition to his role as Chairman of the Board for TSYS, Tomlinson also serves on the Board’s Executive Committee. He is also a member of the Board of Directors for Synovus Financial Corp., and serves on the Risk Committee. Tomlinson also serves on the Georgia Economic Development Board and has served in various capacities in the community, including the Georgia Tech Advisory Board, the Board of the American Cancer Society, the United Way Board, the Muscogee Educational Excellence Foundation, the Board of the Boys and Girls Club and the executive committee of the Greater Columbus Chamber of Commerce, of which he served as chairman in 2006. He is currently very involved with Columbus State University and serves on their Foundation Board, having served as chairman in 2011, the University Leadership Advisory Board, and the Turner College of Business Advisory Board.