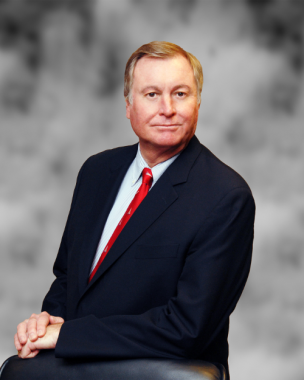 Steve has been one of the leaders in changing the landscape of the financial services industry in the U.S. for over three decades. In 1987, he founded T. Stephen Johnson & Associates, a bank consulting firm specializing in mergers & acquisitions, regulatory consulting, strategic consulting, services for the underbanked, bank formations, and capital raising. This company is the predecessor to his current business, Brightlane Partners.

Mr. Johnson’s other credits include the incubation of the first debit card with Directo, Inc., the first internet-only bank with NetBank, Inc., and the first remote deposit capture product with The UPS Store. Steve also created and managed the $100M asset Southeast Bank Fund in the late ‘90’s, the $25M asset Morgan Keegan Select Fund in the early 2000’s, and the $38M asset North American Bank Fund in 2006.

Mr. Johnson has been a member of the Board of Trustees of the Georgia Tech Scheller College of Business and the school’s athletic board. He served on the Carter Center Board, the State Board of Human Resources, and the Stone Mountain Park Board (20 years). He was Mayor of Decatur, Georgia at age 27. He served as a Director of Proficio Bank, Netbank Inc (NTBK)., Florida Bank, N.A, (FLBK), Avenue Bank, Bank of Atlanta and 7 other FDIC insured financial institutions. He recently served on the Board of Directors of DLH (DLHC) until he resigned in January 2016 due to health reasons. Mr. Johnson earned a Bachelor of Science degree in Industrial Management from the Scheller College of Business at the Georgia Institute of Technology and a Master of Business Administration degree from the Robinson College of Business at Georgia State University.