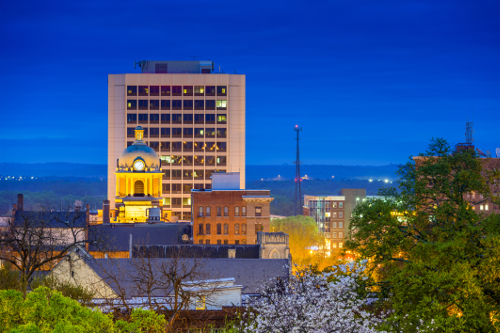 Middle Georgia Region is the metropolitan area located near the geographic center of the state and is anchored by the cities of Macon, Warner Robins and Fort Valley.

As the home of over 440,000 people and the birthplace of several nationally-renowned recording artists, the region is also “making music” when it comes to innovation.

Lead by its companies, highly-rated colleges and governmental facilities, the region serves as an emerging center for Aerospace, Health IT, Logistics, Transportation Technology, and more.