About Our Mission Critical Map

Georgia is an ideal location for mission critical facilities because it is relatively free of natural disasters, such as hurricanes and earthquakes, and it has a solid fiber infrastructure and reliable power. In fact, Atlanta is frequently referred to as “America’s Most Wired City” and the city’s telecom infrastructure is ranked among the top five U.S. markets for total bandwidth and fiber access. Two of the country’s largest fiber routes cross in metro Atlanta and virtually every major fiber provider possesses a core interconnection point here.

Georgia’s favorable business climate, including competitive electric rates, makes the state even more attractive for the location of mission critical facilities. The cost of power in Georgia can be a third to half of that in New York or San Francisco. These factors combined with a skilled workforce of more than 250,000 technologists and strong industry clusters that support the mission critical industry, including information security and communication services, have lured and kept large and small mission critical facilities in the state. 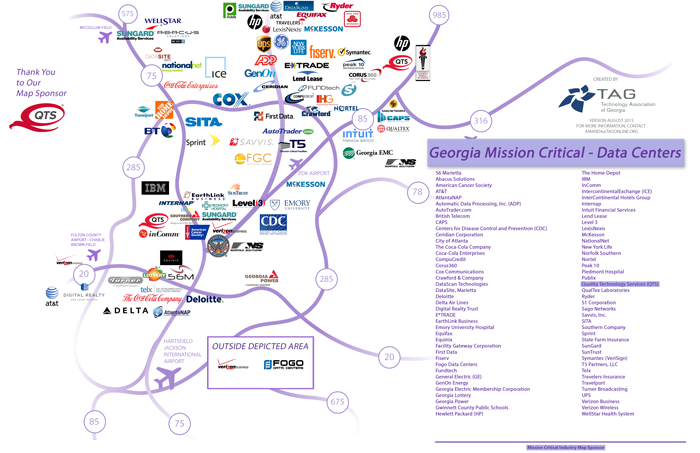